Monsters under our beds, blood-curdling screams in the distance, things that go bump in the night. All Hallows Eve is rapidly approaching, and fear is lurking around every possible corner Including the video games designed for our own personal enjoyment! But let’s face it you scare easily, so playing a horrifying video game on a dark and stormy night is the last thing you’d want to be doing. So here are my five favorite video games that have spooky elements to them, but are not exactly scary.

#5. Super Ghoul’s and Ghosts for the Super Nintendo. You control the courageous knight, Arthur, as he attempts to save the kidnapped princess from the fiendish demon king. Along the way, you do battle with ghouls and ghosts of course! Not only that, there are tons of other classic horror themed baddies like zombies, bats, werewolves, and Satan. Projectiles are your only form of attack, and there are different type’s of weapons you can pick up that will change the speed, direction or power of the attack. You can also perform a double jump, but watch out because once you jump you can’t change the arch mid-air, so you are committed to that landing. Arthur, like any good knight, is clad in armor. And you can upgrade the armor by finding power boosts in hidden treasure chests. But even after one hit your armor will fly off! This leaves Arthur exposed in his boxers and completely vulnerable. One more hit and that’s it you’re goose cooked, and it’s back to start. The death animation is actually pretty brutal for a 16-bit game. You just immediately explode into a pile of bones. The game looks really good with some nice scrolling backgrounds, creepy character design and also some levels where the environment interacts with you. The only actual scary thing about this game is how difficult it can be. Thankfully you can switch it to beginner mode, but even then it’s still extremely unforgiving. While the levels in the game are very tough, the boss battles are a walk in the park. Or should I say a walk in the GRAVEYARD HAHAHAHA! No, seriously the bosses are super easy. The overall atmosphere and design paired with a fitting soundtrack make Super Ghouls and Ghosts a perfect game to kick off a night of not so frights. I bet some of you are saying whoa whoa slow down. I thought you said no actual scary games. Yes, I’m aware that the name of the game sounds kind of scary, and that it might have even been an attempt to scare players, but when you get cut scenes like this, the only screams will be ones of laughter. The House of the Dead is an on-rails first person shooter. You play as Garry and James, who are two humans. That’s about the only trait of their’s that I’m aware of. These guys are on some sort of mission to stop some corporation. All super interesting stuff. But really the story is just there, and the voice acting is the ultra campy, so bad it’s good type. The gameplay though is really addictive and fun and gets even better when you play co-op. The goal is to point and shoot your way through hordes of zombies and monsters. Each level has branching paths, and the way you go is determined by the actions that you take. If you manage to save a civilian, that person may open up an alternate route for you. Or if you shoot a lock off a door, you’ll go that way instead. So if you lose all your lives and need to start over this offers a bit of replayability. The graphics aren’t great or very realistic, which is good for those people who might get queasy at the sight of gore since your bullets will often cut zombies in half and spray blood everywhere. The game is a fair challenge since it was originally an arcade game designed to eat your sweet quarters. But once you play through the levels a few times, you get better and not hit by the zombies as much. You can also change up your play style to try and be more accurate to get a higher score, or you can adopt mine off just shooting like a mad man in the general direction of enemies. It’s excellent stress relief. Boss battles are pretty straight forward because they tell you exactly where you need to shoot to do damage. The House of the Dead 2 is a great time and who could possibly be scared of a game where one of the big baddies is a flying demon with hot dogs for fingers.

#3. Zombies Ate My Neighbors for the Super Nintendo and Sega Genesis. Being alone can be frightening, so just adding a friend to the mix can quell your fear. Zombies Ate My Neighbors throws 2 friends into the world with not only zombies but wolfmen, aliens, Dracula, Frankenstein, blobs and any other horrifying creature you can think of. But like I said, you have a friend who’s got your back, which makes this game one of the best co-op experiences for these systems. The game takes a top-down perspective with Zeke and Julie facing off with the undead using water guns and tons of other creative and devastating weapons. You search the neighborhoods for any living inhabitants and try and save them before the zombies get to them first. There are 10 neighbors to save on each level when you start the game, but if you let one die, on the next level there will only be a total of 9 to save. If you let your last neighbor die then, it’s game over. So not only can you be killed by enemies, but failing in your rescue mission will also end the game. It’s a neat mechanic that will force you to move quickly and efficiently. You have to work together as a cohesive unit because any miscommunication on where to go can mean the death of an innocent. In the neighborhoods, there are lots of secret items that will help you on your way like potions that turn you into an invincible monster, super sneakers that make you extremely fast, or decoy clowns to distract the enemies. The graphics are good on both system, and the overall design of characters and enemies is very on point. However, since there are over 50 levels, some of the backgrounds tend to repeat themselves with only slight variation. The game over screen is actually pretty gruesome, but since it’s on this list, you know all together it’s not very scary This is one of those games I’ve never beaten, but I still have a lot of fun playing. Go save your neighbors if you can!

#2. Luigi’s Mansion for the Game Cube. Luigi has been in his brother’s shadow for far too long. They call them the Mario brothers for crying out loud! He’s earned his own game dang it, and when he finally gets his time to shine, they stick him in a game shrouded in darkness. Poor Luigi. We’ll when the game starts it looks like things are finally going his way. He’s won a contest for a free mansion! But it turns out ghosts overrun it, and they have taken his brother captive and stuck him in a painting. Poor Luigi. In the mansion, he meets Professor E. Gadd, who gives him some ghost hunting gear so he can capture all the ghosts who escaped and to save his bro. As we all know Ghosts hate light, so using your flashlight you can stun an enemy. Then with the Poltergust 3000, a suped up vacuum cleaner, you can slurp up the ghosties. Each ghost has HP and as you try and pull them in it will go lower and lower until it reaches zero and they’ll get sucked into the machine. Once you clear a room from all ghosts, the lights will turn on, and a treasure chest will appear giving you money or a key to another room in the mansion. Some of the stronger ghosts can’t be captured by this method. So first you must figure out their weakness before you can vacuum them. The game has some seriously haunting music which adds to the dark, spooky environment. It’s so good that even Luigi himself will start to hum or whistle along to it when he’s feeling particularly scared. The graphics are awesome, especially for a launch game. All the ghost designs are fun, but since they are all cutesy and not too threatening, you won’t be scared. So you scour the mansion and clear all the rooms from regular ghosts, boss ghosts and Boo’s until their power has weakened enough to take on the master of this plot, King Boo. Who is as his name suggests, is the King of all the Boos. After an intense boss fight with the King, who takes on the form of Bowser, Luigi saves his brother and now has enough money from all the treasure he found in the mansion to buy himself a new ghost free one. Not so poor Luigi anymore!

See also  Here are the best WordPress themes for blogs

#1. Castlevania for the NES. This game has all that you could want from a scary game, without actually being very scary. It has all the excellent environments and atmosphere that just scream terrifying, all the classic horror movie monsters you could ever want to appear, and chicken legs hidden in the wall. I could sit and play this game any time any day. In Castlevania you play as Simon Belmont, who armed with a whip, must travel through Dracula’s Castle to meet with the Count and destroy him. This is another game that can be a bit difficult, but it’s all about patience here. And that’s what I really like about this game, it’s a slower pace, which is exactly how you’d behave if you yourself had to storm Dracula’s Castle. You’d take your time, being very careful, learning the patterns of your enemies. You wouldn’t go in whip blazing to end up getting killed. As you move your way through the castle, there are a variety of sub-weapons you can pick up that will make the fight easier, like axes, boomerangs, and a time freezing clock. The bad guys are all pretty effortless to defeat, but it’s all about where they are placed that can cause you harm. And some are also downright infuriating like the Medusa heads. One hit from an enemy won’t kill you, but it can knock you back, causing you to fall into a pit. Which that will kill you. So again you have to be cautious, especially when jumping because you can’t control your jump arch once you leave the ground. At the end of each level, as expected there is a boss fight, and these can really test you. Dracula is a downright beast, and I’ve still only beaten him a few times over the years. The music is all top notch and definitely, sits in my top 10 favorite soundtracks of all time. Each song is so awesome and makes it feel like an epic adventure. If you manage to escape Dracula’s Castle, then you are truly worth of the Belmont name. Castlevania is a classic and my undisputed favorite not so spooky game!

There you have it! My 5 favorite games perfect for Halloween time, and that won’t leave you terrified. But heed my warning for the true scares are yet to come.
Stay tuned for an upcoming scary games section on Virteract. Till then play fun games for when your bored. 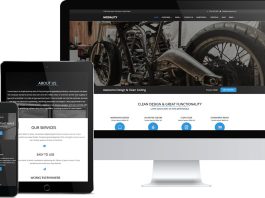 Here are the best WordPress themes for blogs 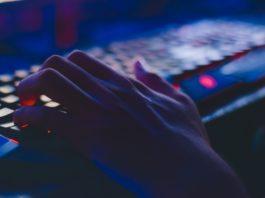 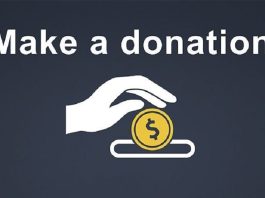 What are the Donations Celebrities Made to Fight the Coronavirus Outbreak